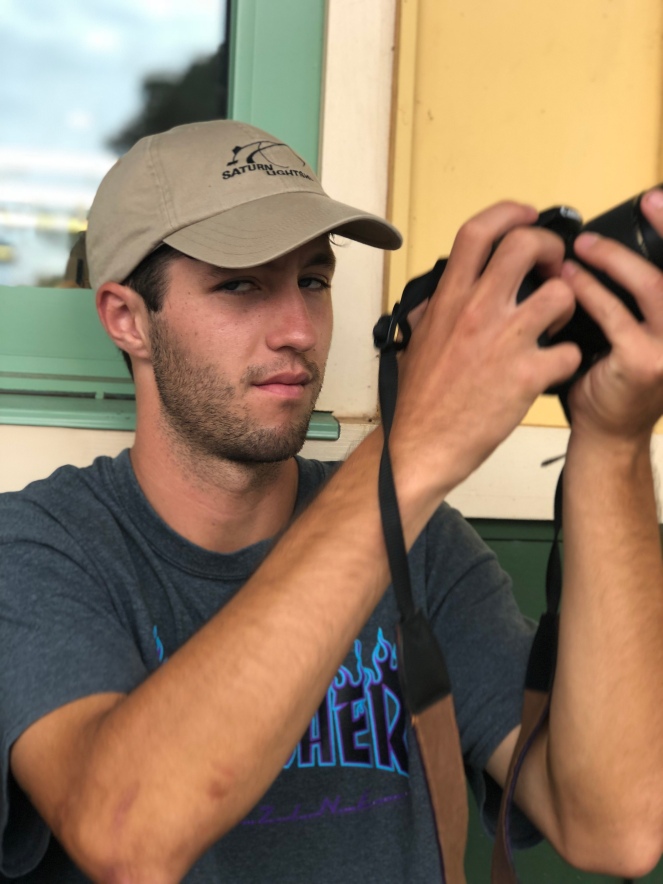 My son Shane moved out of the house in August and left for Oregon. Caveat. He didn’t actually move out. He left behind 15 years’ worth of detritus and teenage decay for me to clear out and deal with. I asked him, “What do you want me to do with all this stuff?” He said, “I don’t care. Burn it. Sell it. I have what I need.”

On the Friday morning that he left, I woke up at 6 a.m. because he was standing in my bedroom doorway.  Kinda hard to miss a 6’2” kid standing in your doorway.  “Mom, can I have a yoga mat? And some bath towels.” I gathered them and then walked outside to the well-worn mini-van, the one I had given him when he first got his license. He loaded up the mat, the towels, and his cat in a cat carrier. I waved goodbye and he drove off. As he drove off, I could hear his cat, Veronica, yowling loudly.

I called him later. “Did you make it okay?” He had. “How long did Veronica meow?” He said, “Only for the first few hours. Then she calmed down and she only meowed every once in a while.” He told me that he let her out in the house to check it out and she was hiding behind the water heater. I reminded him that it was a new environment and to be careful letting her out. He said, “I’m getting a leash to walk her around the property first.” One of my friends told me, that it was pretty cool that I raised a son who has no issues with taking his cat to Oregon with him and then taking her outside and walking her on a leash.

Yeah, that’s right. I raised a bad ass kid who took a mini-van packed full of thrift store clothes, beach towels, a yoga mat, and his beloved cat to Oregon for his next big adventure. I am proud as f*ck of him. He will walk his cat on a leash to introduce her to the wilds of  Eugene. He will figure out the wilds of Eugene for himself.  And I’m here for him when the inevitable leaving home questions come up.

In the meantime, my mom, his grandmother, has moved into my son’s old room. We packed up everything left in there because I know, inevitably, he will remember or need something that he left behind. Or I will want to keep it as a reminder of the years when he was still my little boy. My mother’s boxes and furniture arrived and as she unpacked them,  I realized, that life is a circle. A crazy, beautiful, circle. When I was 19 years old, I moved out and left everything behind for her to deal with. She has now brought it back to my house. The boxes she saved when I left and she knew that inevitably, I would remember or need something I left behind. Sometimes, mothers are right. Often, they are.

And then I also realized that my beautiful, yogi, cat-walking son, drove off to Eugene, Oregon with the only working garage door opener.

I’m grateful for the detritus of my sons’ lives and the boxes of all of it in my garage.  And I can say it now. Mom, you were right. Thanks for bringing back my memories.

I wish I had my garage door opener. But it will circle back home again. As will my sons and all of the memories. And I am so, so grateful for that.